JETZ GENUINE DRAFT (5.0%)
A clean and crisp lager with sweet malt and a hint of hops.

GRASSHOPPER WHEAT ALE (5.0%)
A light touch of hops gives the brew a crisp finish,
balancing its soft sweetness and texture with fruity or citrusy notes,
served with a slice of lemon.

MOOSEHEAD LAGER (5.0%)
A light-bodied and highly refreshing golden lager made by Canada's oldest independent brewery.
This premium lager offers a fine balance between malt sweetness and hop bitterness
and is made using only quality ingredients.

INDIA PALE ALE (5.0%)
This India Pale Ale is light in colour, only the lightest and finest barleys that produce
​a pale malt are used, the amount of hops are increased to give a pronounced hop flavour.

BUDWEISER (5.0%)
Anheuser-Busch exclusive beechwood aging produces a taste,
​a smoothness and a drinkability you will find in no other beer.

BUD LIGHT (4.0%)
The world's # 1 selling beer, brewed by Anheuser-Busch,
this light beer uses only the choicest hops and barley malt.

IMPORTED DRAFT FROM AROUND THE WORLD

INNIS & GUNN (Edinburgh, Scotland) (5.2%)
It's Oak-aged and packed with lots of biscuity malt and vanilla flavour.

GUINNESS (Dublin, Ireland) (4.2%)
Made from hops, malt, yeast and water, the roasting of the Irish barley
gives it the distinctive ruby tint while the yeast assists in firming the creamy head,
there is a reason it takes 120 seconds to pour.

STELLA ARTOIS (Leuven, Belguim) (5.2%)
She is a thing of BEAUTY, known for its chalice glass, lightly sweet with a sharp hop flavour,
She is brewed in the same noble tradition that can be traced back to 1366,
using only the finest hops and malt barley. 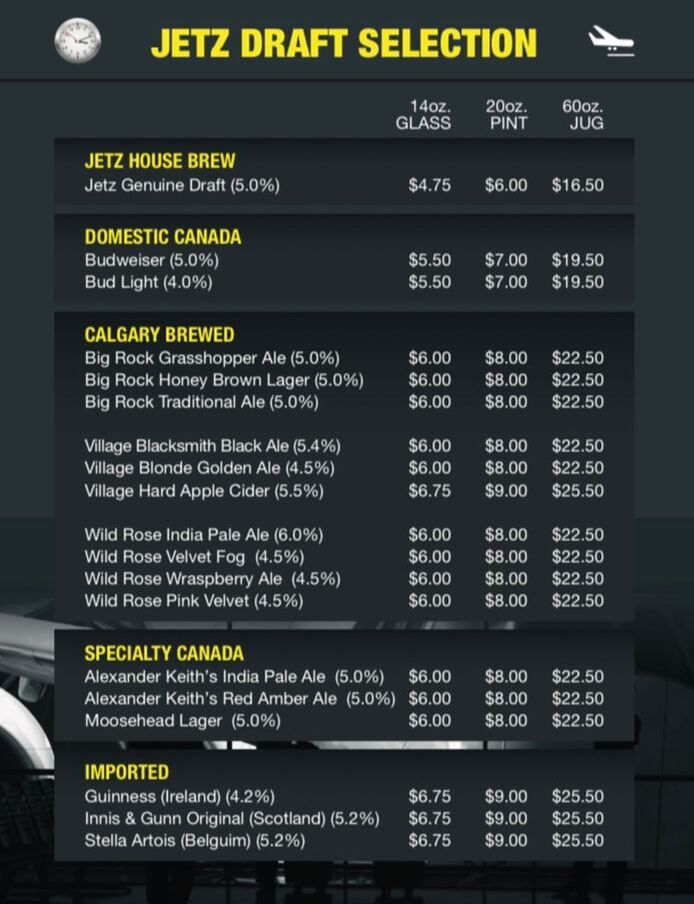 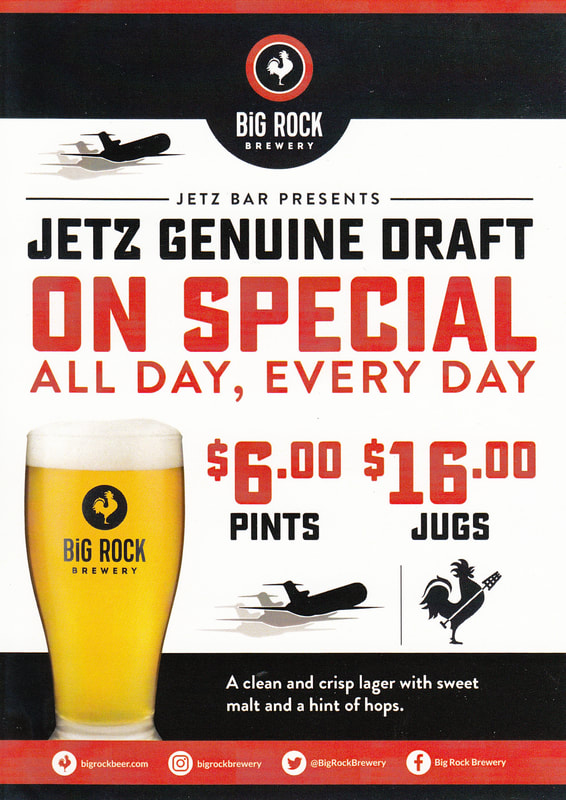 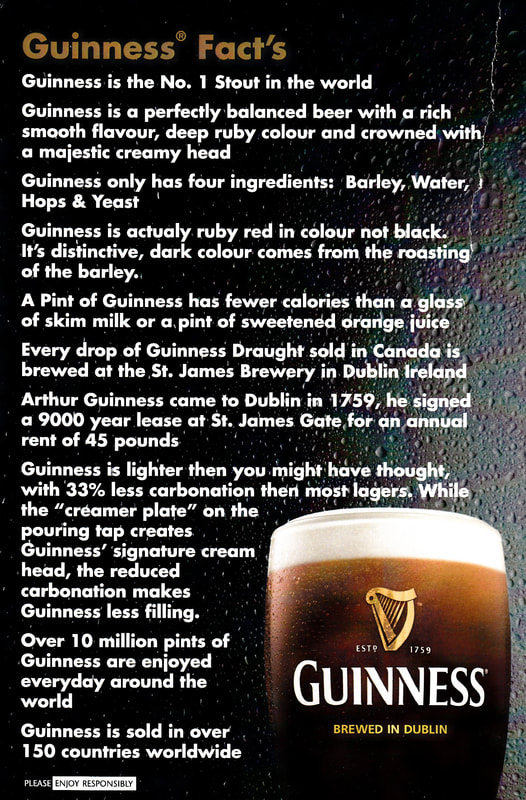 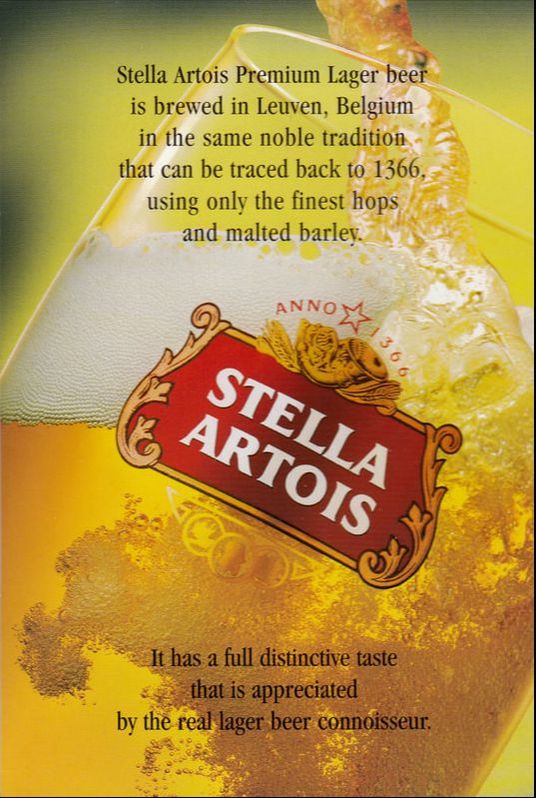